My Hero Academia or Boku no Hero Academia is one of the most popular anime of the recent generation. In the anime community, many people consider My Hero Academia as the true successor of Naturo Shippuden. My Hero Academia season 5 follows the story of a young boy Izuku Midoriya who idolizes the number one Hero All Might. In the world, where more than 80% of people possess superpowers, he was born without them. After getting his dream shattered by this news, he still wants to pursue his dream.

He got guidance from the greatest Hero of Japan to get enrolled in the best high school for heroes. The superhero manga is written and illustrated by Kohei Horikoshi and is published since July 2014 in the Weekly Shonen Jump targeted for teenagers. The first episode of My Hero Academia was launched on 3rd June 2016. It instantly gains popularity in various countries, especially in the United States due to its animation style closely resembling the American animation.

The manage was nomination for the 8th Manga Taisho in the year 2015. The manga also won the Harvey Award in the year 2019 for the Best Manga category. The famous manga author Masashi Kishimoto also praised Kohei Horikoshi for his manga before the premier of animation. He says that the mange will be popular overseas and in reply, Horikoshi said that Naruto was his inspiration to write this manga.

The first printing of the managed volume was instantly sold out and its sale reached 7th position on Oricon. The first volume sold over 71,575 copies and the second was more than double the previous one as it sold more than 167,531 copies. The story of My Hero Academia  Season 4 Release Date April 4 2021. It has inspiration from different comics and its appeal of the characters is just like the ones in the west. While the first season only had 13 episodes but it gained a lot of attention in the anime fandom.

One of the best things about the anime is that it does not tell the story from the perspective of the main character. All the side characters are developed along with the main characters with a focus on every individual. As you already know that Izuku Midoriya is the main character but you will also like Bakugo or Todoroki. All Might is the number hero with All for One and Tomura Shigaraki as the antagonist. So here is the list of all the main characters from My Hero Academia.

You can watch My Hero Academia on official websites like Crunchyroll. You have to pay a very low fee for the subscription and get access to various other anime services. If Crunchyroll is available in your country, then you can subscribe to it. The people who do not have Crunchyroll or cannot afford to pay for the subscription can use the services of Kissanime or Kisscartoon, one of the most popular anime website. You might see a lot of ads on the websites but you have to face them if you want to watch anime for free. It is always better to watch the anime from the official website for fast uploads and better viewing experience. Currently, the fourth season of the anime is airing every Saturday night in Japan and Sunday for other countries.

My Hero Academia is enjoying success with its every season as it has become popular in various countries. The anime has a total of three seasons and the fourth season is currently ongoing. There is also an anime        My Hero Academia: Two Heroes (2018). A trailer for a new movie named My Hero Academia: Heroes: Rising (2019) is released back in August.

The first season consists of 13 episodes and its first episode was launched on 3rd April 2016. The first season of the anime focused on the character introduction with Midoriya getting his powers. He got admission in-hero academia and learn the ways to become a true hero. The season has an amazing ending with All Might showing why he is called the number One Hero.

Encounter With the Unknown
5-Jun-16

The second season of the anime consists of 25 episodes and it was launched on 1st April 2017. The first hard of the second season focused on the sports festival of the U.A. high school. All the students from the first year battle each other to aim for the top spot. The second half of the anime focuses on hero training under the Pro Heroes with a focus on character development and the introduction of Hero Killer.

The Boy Born With Everything
6-May-17

The third season had 25 episodes and the first episode premieres on 7th April 2018. The third season start with the planning for the summer training camp where the students focus on developing their quirks. At the camp, the students were attacked and Bakugo was kidnapped. The first half of the anime ends with the best fight of all seasons. The second half of the season focus on the story development as the students take a hero license exam and a fight between Bakugo and Midoriya which helps in their character development.

Special Episode: Save the World With Love!
25-Aug-18

End of the Beginning, Beginning of the End
23-Jun-18

The fourth season is currently ongoing which will have a total of 25 episodes and its first episode premiered on 12th October 2019. The fourth and ongoing season will focus on Midoriya getting training from Sir Nighteye and some upcoming twists. You can watch on Kissanime

Few words for My Hero Academia Season 5 by Sggreek

My Hero Academia is one of the top anime of the new generation. It is considered to be the successor of the Naruto series. The top four new generations of anime are My Hero Academia, Black Clover, The Seven Deadly Sins, and Kimetsu no Yaiba. It is currently running on the fourth season where Midoriya is already working on the hero mission after getting his license. The anime has an immersive storyline where you can enjoy the development of every character. In every arc, you will learn what it means to be a true hero and the challenges in real life. You can Watch My Hero Academia Season 5 on Kisscartoon, Kissanime or Rainierland website. 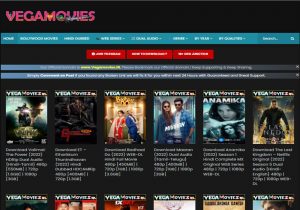 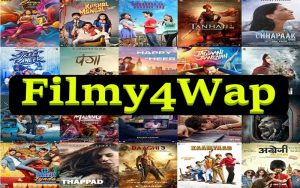 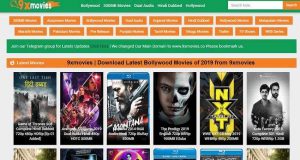 The present trend and style of entertainment have been changed to a greater extent. Previously, People used to go to the theater to watch movies but now they prefer to watch it on their Android smartphones. There has 9xmovies app 2023 and extraordinary features have been introduced for the best quality of movies and entertainment. The […]