Kratom and Its Indigenous Beginnings

Tracing its roots in the tropical region of Southeast Asia, particularly in Malaysia, Thailand, and Indonesia, Kratom is an asian plant that is popularly known as a natural herbal remedy to aid fatigue, diarrhea, and hypertension, among others. In religious ceremonies, locals use Kratom to relax after a long day of working under the heat in the farms and, in the same way, it was used as a substitute for alcohol by Muslims. During the rise of opium, people consumed a quality Kratom as an alternative to aid opium withdrawal symptoms.

In 1979, Thailand placed Kratom under category V under the Narcotics Drugs Act which penalizes anyone caught using, buying, selling, growing, or even harvesting kratom. This act moves Kratom in the same row as cannabis, opium, and hallucinogenic mushrooms. One of its neighboring countries, Myanmar, followed with a similar ban in 1993 while Malaysia controlled its trade in 2003 under the 1952 Poison Act.

Despite its popularity in the indigenous region, Kratom never made waves in western civilization until it was discovered by a botanist with the Dutch East India Service named Peter Willem Korthals. Korthals coined the scientific name of the tree Stephegyne Speciosa.

Much like most botanical discoveries in the past, Kratom went through phases of exploration in scientific names and classifications until 1839 when George Darby Haviland, a British surgeon, finally gave the name Mitragyna Speciosa as we know it today.

Life of a Kratom

When grown in the wild where there is a natural ecosystem surrounded by rainforests, quality Kratom trees can grow as tall as 80 feet. However, most trees grown by rural farmers in the Southeast Asian region are small which implies a considerably stunted growth. Therefore, it is safe to conclude that Kratom trees grow more maturely in the wild. Although it shares the same warm, humid climate as the other plants in some areas, the growth of the tree differs when planted in an unbothered and natural ecosystem. In the wild, the branches and foliage of a Kratom tree can spread up to 15 feet in width with leaves growing up to half-foot in length and close to half of that in width.

Characteristics of a Kratom’s Foliage

Since the massive uptick in consumer use in the United States over the last decade, Kratoms have become a source of opium reliance especially amid the ongoing opioid crisis. Further, most vendors claim that the Kratom powders sold in the market are extracted from either red-, green-, or white-veined strains of the plant. This is a myth. All Kratoms come from only one strain and the veins of a Kratom’s leaf vary in color depending on the maturity or length of its existence. As a result of pigmentation, the veins change throughout its lifespan – starting from white, green, and finally, red. The colors also represent the amount of alkaloid present in the Kratom, which ultimately indicates its effects when consumed by a human being.

In indiegenous Southeast Asian regions, Kratom is typically prepared in batches as a tea and drank throughout the day to sustain them for a long day’s work in the fields. This is often used by labor workers to effectively carry out their day to day labor jobs in the field. Some pick the leaves from the tree and chew it up before spitting it out while others eat the leaves whole. Today, you can easily find Kratom in the market in varied forms such as capsule, extract, powder, or pressed tablet. To order Kratom capsules, powder, and other needs, get in touch with us at Tri Sprout. 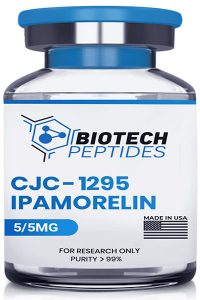 Using peptides as an anti-aging treatment is one of the newest and most successful methods. Inflammatory illnesses, energy deficiency, mental problems, and sleep troubles may be treated with CJC 1295 Ipamorelin for sale. However, their anti-aging and weight reduction advantages are so substantial that they are now the most widely used therapy. Around the age […] 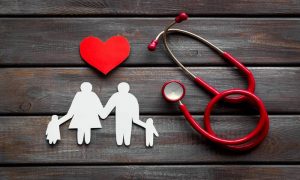 For the parents, age is more than simply a number. It is a component that influences how individuals spend their golden years and how they spend their savings while doing so. Health is the first companion to abandon them, dragging their hard-earned savings with it. In such cases, a parents health insurance policy can come […] 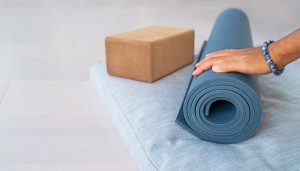 8 Ways A Meditation Pillow Can Enhance Your Lifestyle

Thinking about how to improve your meditation processes?  Or, have you been wondering about the proper measures to take to correct your posture?  While some people may not know it, slouching and awkward demeanor might be the consequences of certain factors, including using the wrong type of cushion when sitting.  Particularly, have you been dealing […]