Fashion Of the Elite: Knowing The Essentials Of The Luxurious Life

Rich people have something in common – they have lots of money. Apart from those undeniable facts, most things rich people own are quite similar to one another. Although one Hermes bag differs from another rich lady, both of them have Hermes bags, which makes a designer bag a basic essential for the elite. A measly $12,000 – $250,000 dollars for a not-so-everyday use.

The Essentials Of The Luxurious Life

Every once in a while, people have tried imagining how to live in the luxurious shoes of Paris Hilton, Jeffrey Star, Beyoncé, and other affluent individuals. From the clothes they wear to the cars they ride, everyone would want to know a bit about what are the essential stuff as an elite. On top of the list, Luxury watches are one of the many items that moneyed people have something in common. In most cases, they don’t have less than 10 timepieces to choose from that they can use from Met Gala to sleep.

Owning a couple of Hublot or other luxury watches is not something to be surprised about. In fact, if not, it seems more like a necessity for them to have one. Wearing a Hublot Big Bang King for the Oscars is one thing and wearing a Rolex Speed master in a meeting with in-laws is another.

The most expensive watch in the market was sold at $31 million during an auction. The Patek Philippe Grandmaster Chime wristwatch that benchmarked the 30-million-dollar mark was said to be on a different scale of luxury and sophistication.

Rich people’s wardrobe is not only filled with designer brands, but all of their things are of designer brands. From bags to dog tags, a Chanel mark wouldn’t be missed out.

At present, Louis Vuitton is the brand with the highest value in the market as of 2019. The most expensive item in the Louis Vuitton market was neither a bag nor a dress, but a teddy bear worth $2.1 million dollars.

However, even when Louis Vuitton is the highest-grossing designer brand in the market, the most expensive handbag titles still goes to Chanel. Meanwhile, the most costly clothing line is from famous fashion designer Oscar de la Renta. Nevertheless, a $6,000 designer bag and a $14,000 dress is just another item in the wardrobe of all elites on this planet.

Prominent shot individuals have too much money on their hands. As a result, many of them adopt a child from a developing country like famous Angelina Jolie and Madonna. In some cases, these rich people keep dogs to spoil and nurture.

The most expensive dog ever sold in the market was a $2 Million Tibetan Mastiff puppy bought by a property developer. Most of these dogs live a better financial life than most people in New York since they are legible for inheritance from their owners.

The wealthiest dog to date is a german shepherd in Germany who currently has a net worth of $300 Million. The dog named Gunther IV was a pet of Countess Karlotta Libenstein of Germany.

In a world full of uncertainties, one thing is certain – no big shot wouldn’t have a sports car. In fact, people with legitimate deep pockets don’t have only one sport’s car. Cars like Bugatti Veyron, Lamborghini Veneno, and La Ferrari are standard for everyday use – perhaps one for every single day of the week.

Super millionaires have unison taste on what is the best sports car for everyday use. And for most of their small population, Bugatti La Voiture Noire holds the record for being the most expensive sports car, but Porsche remains the most typical car among crazy rich individuals. An everyday fact for a regular elite, one car will never be enough.

Apart from cars, wealthy people invest in private jets. First-class flights are for relatively wealthy people, while private jets are usual stuff among super millionaires. Needing a ride from Brisbane to London for a cup of tea might sound superficial to average people, but for elites, it calls for a necessity.

Private Jets from Bombardier or Gulfstream are the top of the edge luxury brands in the sky. Private aircrafts costs from $10 million to $100 million, depending on the capacity and the VIP rank of the buyer.

These planes are designed for top luxury engines and technologies and sophisticated veneers and carpets. Attendants for their flights are also renowned for being the best of bests and are trained for exclusivity and secrecy.

A unique yet investment form of entertainment for most of these deep-pocketed individuals are luxury gems. Gems that cost no less than $1000 per carat is a famous hobby collection in this line of life.

Oftentimes, gems embroidered in women jewelry, while in some cases, these super millionaires would acquire luxury gems in slabs of stones to keep a positive aura in the house. The most expensive gemstone disclosed to the public is the red diamond with $1 Million on top of its crown. The largest red diamond ever discovered was the 5.11-carat Moussaieff Red Diamond, which cost over $8 Million.

When talking about expensive entertainments, the very existence of art and antiques could never get off the list. From previous ornaments of late royal families to paintings of renowned artists, values of priced arts and antique items are at least $10 Million and more.

The most priced painting ever sold in an auction was worth $450 Million at Christie’s. The picture was Leonardo da Vinci’s Salvador Mundi, a painting sought for its caliber and historical significance. Meanwhile, one of the most valued antiques auctioned in the market was the badminton cabinet of the Medici family sold for $36 million.

Some say that wealthy people spending money on arts and paintings is a total waste of money. However, on the perspective of an aristocrat, it is not only a form of financial security but also a historical investment

Fashion for elite individuals is not only limited to how you dress for an event or on a daily basis. Their form of Fashion is existent on their lifestyle itself. It is normal for rich individuals to match their watch for the car they are about to use or private jet to ride or gemstone to buy.

Fashion is a walk of oxygen for the wealthy. It is not only seen in their clothes, bags, and accessories. It is evident in every step of their lives. For this set of people, fashion is just another way of breathing. 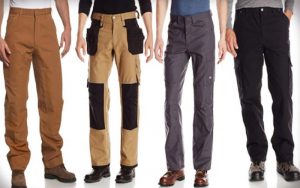 How to Select the Right Work Pants?

You may all know that dress is the most important part of human life. Pant is more vital. Workwear pants are strong, long-lasting, and beneficial in practical ways, but choosing the right pair might be difficult for some people. In addition to keeping you comfortable while working outside and on a busy construction site, the […] 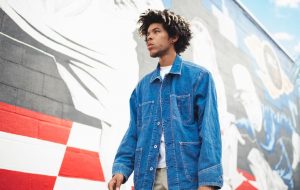 Fall is the perfect weather to get dressed in cozy and cool wear. Prepare for the chilly temperatures and look ahead, and you’ll be rewarded with second glances on the street and warm looks wherever you go. Grabbing a jacket that fits your style and personality will turn it from a necessity to a piece […]

Technology develops fast. Our life is full of smart technology products. From the first smartphones to tablets, wireless headphones and smartwatch bracelets. Each smart product seems to have brought infinite convenience to everyone’s life. The emergence of smart bracelets has provided people with a new way of living a healthy life. Many bracelets on the […]