Indian air travel has grown at a very rapid pace over the last decade. The government of India proclaimed in 2017 that our country had become the third biggest market for domestic civil aviation in the entire world. India’s passenger traffic has exceeded the 100 million mark during the years 2016 to 2017. Based on recent estimates, these passenger numbers are projected to reach a whopping 7.2 billion a year in the next 15 to 16 years. It is also expected that India will become the biggest market for aviation by 2025.

This massive rate of expansion is powered by the modernisation of airports, the popularity of low-cost carriers, domestic airlines being funded by foreign investors, and a focus on connecting the rural and regional parts of India. There have been large infrastructure overhauls and upgrades in key airports in India, with a considerable amount of help from private companies. This growth is still going on in an attempt to increase the maximum capacity. Now, this country is furnished with modern, state-of-the-art airport terminals. A couple of these magnificent are explored below.

The third busiest airport in India, the Bengaluru International Airport is a world class airport that handles more than 25 million passengers a year. It was constructed on a site of green field. The same building houses the international and domestic terminals, along with a common hall for check-in. It has some of the best facilities available, yet it suffers a major drawback; the airport is in Devanahalli, which is around 40 kilometres or 25 miles away from the centre of Bangalore. This large distance from the city makes it very difficult and time consuming to get to the airport.  It takes nearly an hour or two to get to the airport from the city, based on the traffic. The terminal in the airport was open to the public in May 2008. Ever since then, the expansion of the airport was divided into phases: Phase I and Phase II. Phase II included the construction of one more runway along with a terminal. The Bengaluru International Airport suffers a lot during the colder months in winter, especially in the morning. The thick fog poses a big problem. Yet, this airport is very well constructed and is one of the best in India.

Delhi is one of the best airports in India, with the Mumbai airport also coming close. This airport was leased in 2006, to a private operator, and was thus improved significantly. The Indira Gandhi International Airport has a completely new international terminal in terminal 3. This was opened to public in 2010 and actually increased the capacity of the airport to double the previous capacity. More than 63.5 million passengers walk its floors in a year, making it one of the top 20 busiest airports in the world. The airport is also expanding even more to accommodate several hotels next to it.

If you want to travel between Delhi and Bangalore, you have to make sure you check the Delhi to Bangalore flights schedule as these are very busy airports. 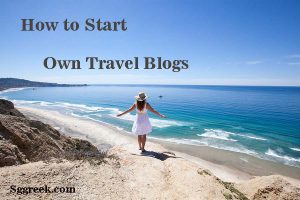