Birth Certificate: An ideal proof to apply for most government documents

India is the country with the second highest number of people in the world. With such a large population, there exists a humongous responsibility on the government to maintain and constantly update the record of personal details of such a large number of people. This is done through the process of either national identification cards like the Aadhar card or other official documents. However, the application procedure for almost all of these government documents accepts only the Birth Certificate as legitimate proof. MyAdvo provides an easy way to comprehend and hassle-free assistance for filling a birth certificate. Click here to file your birth certificate with MyAdvo.

There are a lot of documents which might be needed by a resident of India if he or she has to live a life full of dignity in India. Government documents are issued for various purposes. For instance, the driving license is issued for when a person wants permission to legally drive on the roads of India. A passport is needed for when a person wishes to travel out of India, that is, intends to cross the territory of India, whether by land, water or air. Similarly, it is mandatory for every Indian to possess an Aadhar card as a proof of national identity of citizenship of such person, more so because the constitutionality of the Aadhar card was recently upheld by the Supreme Court. Likewise, every person who falls within the ambit of taxable income is mandatorily required to possess a PAN card.

All of the above-mentioned documents have different purposes to serve, nonetheless, they have one thing in common. That is, all of them require proof of age of the person applying for the same. This is probably because there are minimum age thresholds for most of these actions. For example, the minimum age for driving a four-wheeler is eighteen in India. Likewise, the minimum age for getting married is 18 for girls and 21 for boys. Prior to that, stringent Anti Child Marriage Laws come into play. If a person wishes to be engaged in gainful employment, his or her employer might have to make sure the employee is in compliance with the Labour laws and laws against child trafficking as enshrined in the constitution. The Child Labour (Prohibition and Regulation Act, 1986) prohibits people from employing any person under the age of 15 for any kind of work. A contradiction of this shall make a person liable for the cognizable offence. Therefore, all employers do necessarily ask for the Birth certificate of the prospective employee as valid proof of his or her age.

The Birth Certificate is considered an ideal proof of age for all these government documents, primarily because it is granted to the child immediately as soon as the child is born, thus, not leaving any scope for fraud having been committed. Many a time, it so happens in our nation that kids are born in the home only with the help of a mid-wife. Since such kids are not born in a hospital or a registered clinic, more often than not, they do not have birth certificates. However, it is strongly advised to such people that they get their birth certificates made because as we have seen above, a birth certificate is the most authentic document that is accepted in the offices of Government of India as valid proof of age of the applicant. get details about Govt Jobs here.

So much so that, at sometimes even private entities rely on the Birth Certificate issued by the Government of India as valid proof of age. For instance, private banks ask their customers for a birth certificate prior to permitting them to open a bank account. Similarly many private schools as for the child’s birth certificate before giving that child admission in their school. Therefore, parents must make sure that even if their kids are being born at home, they must have a birth certificate.

Usually, it is the duty of the Registrar of Births and Deaths to issue authentic birth and death certificates to the eligible people (citizens of India) during their births and deaths. Their records must also be cross-checked with records of a census data, which is taken after every decade. It is a valid record of the number of who are legally residing in India. The birth certificate issued by India is also accepted as an authentic document of proof of age of a person by authorities situated abroad.

Therefore, birth certificates form an authentic proof of the age of the person and are hence, often accepted as the only legitimate proof for any government document. Since age is a very important factor for grant of such documents, it is incumbent that people have a valid birth certificate. 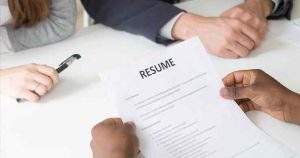 Hiring Software: a Smart and Efficient Option for Business

Running a business demands dedication, hard work, and time. Another important factor that transforms an ordinary business into an established one is organization. One of the best ways to maintain a business organized is with the use of recruiting software. The software can monitor and take care of everything related to the hiring process and […] 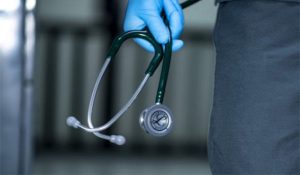 A Latin phrase that means temporary work, locum tenens is becoming a popular career choice, especially for healthcare professionals. Medical professionals prefer the lifestyle because it affords them advantages that they otherwise wouldn’t have if they filled a permanent role in a hospital or any other similar working environment. Therefore, working with locum tenens firms […] 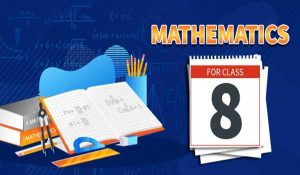 What is the key to Score full marks in class 8 Maths?

Mathematics as a subject may not be every student’s cup of tea as it requires logical thinking and reasoning. Grade 8 mathematics specifically may be a bit of a challenge for many as there are a lot of new concepts and lessons that are being introduced. If practiced thoroughly we can say this is the […]